By Kylie Kiunguyu on February 3, 2019 — The debate has been raging for the past eight years: Which African leader was the greater pioneer of Pan-Africanism – Ghanaian President Kwame Nkrumah or monarch and semi-deity Emperor Haile Selassie? Finally, both have been honoured with commemorative statues at the headquarters of the African Union.

The issue of the African Union (AU) and the Haile Selassie monument has been a point of contention since 2012. The controversy started with the unveiling of a statue of Ghanaian Pan-Africanist Kwame Nkrumah at the AU headquarters in Addis Ababa. Built to commemorate his founding role in the Organisation of African Unity, the AU’s predecessor, the Nkrumah statue was inaugurated together with the AU’s new US$200 million Chinese-built headquarters.

Ethiopians felt that Haile Selassie should have been similarly honoured; in fact, a statue of him should have preceded that of Nkrumah. His supporters argued that Selassie was a famous colonial resistance leader and a longer-standing supporter of African liberation than Nkrumah was.

They embarked on a campaign to lobby for a Selassie statue, claiming that the man who ruled Ethiopia for 40 years had “the legal, moral, historical and diplomatic legitimacy to have his statue erected next to Kwame Nkrumah”.

This did not go down well with Ethiopia’s then leader, Meles Zenawi, who said it was “crass” to question the choice of Nkrumah as an African symbol. He has repeatedly denounced Selassie, who died in 1975, as a “feudal dictator”, according to the Independent newspaper.

“It is only Nkrumah who is remembered whenever we talk about Pan-Africanism,” Meles told local media. “It is a shame not to accept his role.”

Selassie supporters remained undaunted, saying it was because of Selassie that the AU is in Addis Ababa. “It is not because of the current regime,” historian Mesfin Tariku told The Africa Report. “We have no idea of the criteria used to choose Nkrumah.”

Read: Look to the East: Haile Selassie and the Rastafari Movement

The campaign has ended and its labour has proven to be fruitful: A statue of Emperor Haile Selassie will be unveiled at the 32nd Ordinary Session of the Assembly of the African Union on 10 February 2019 in Addis Ababa.

The deputy chairperson of the AU noted in the organisation’s press release that “the commemorative statue of Emperor Haile Selassie is an important recognition of the Emperor’s contribution to Africa’s liberation and unity leading up to the founding of the Organisation of African Unity in 1963.”

President @SahleWorkZewde observed with pride the work of @_AfricanUnion from its beginning as #OAU which always had its headquarters in Addis Ababa since 1963. OAU, now the #AU, has greatly influenced the development of the political and socio-economic landscape of Africa. 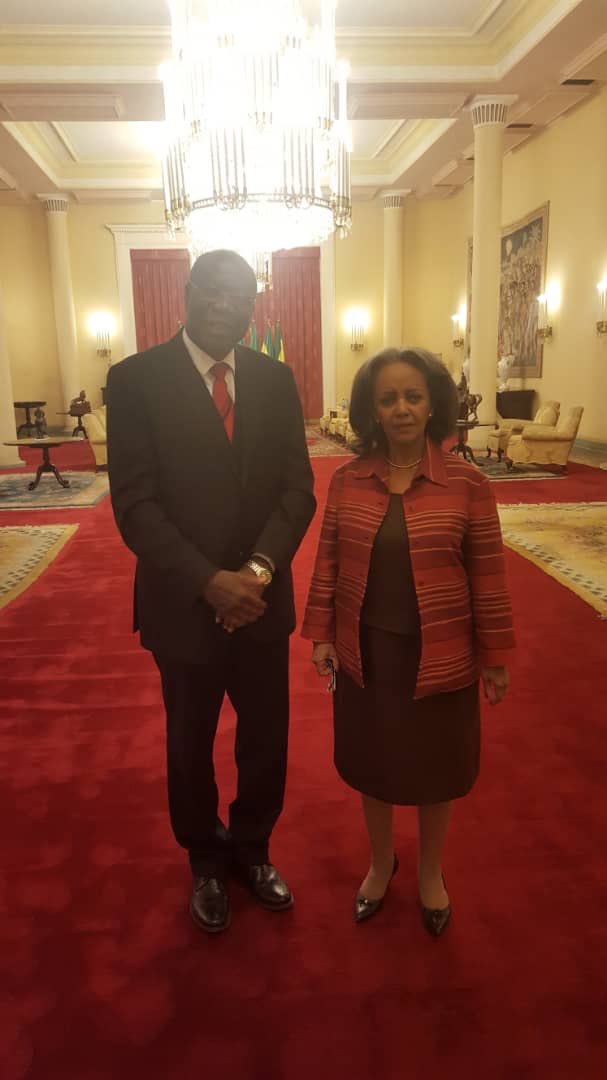 In recognition of the Emperor’s role in African history that moved the Assembly of #AU to decide, by applause and acclamation, at the suggestion of the Ghanaian President, H.E. @NAkufoAddo, to unveil H.I.M. Emperor Haile Selassie’s statue at the foreground of the AU Headquarters. pic.twitter.com/Lt0VOhevH41711:49 PM - Jan 31, 2019Twitter Ads info and privacy 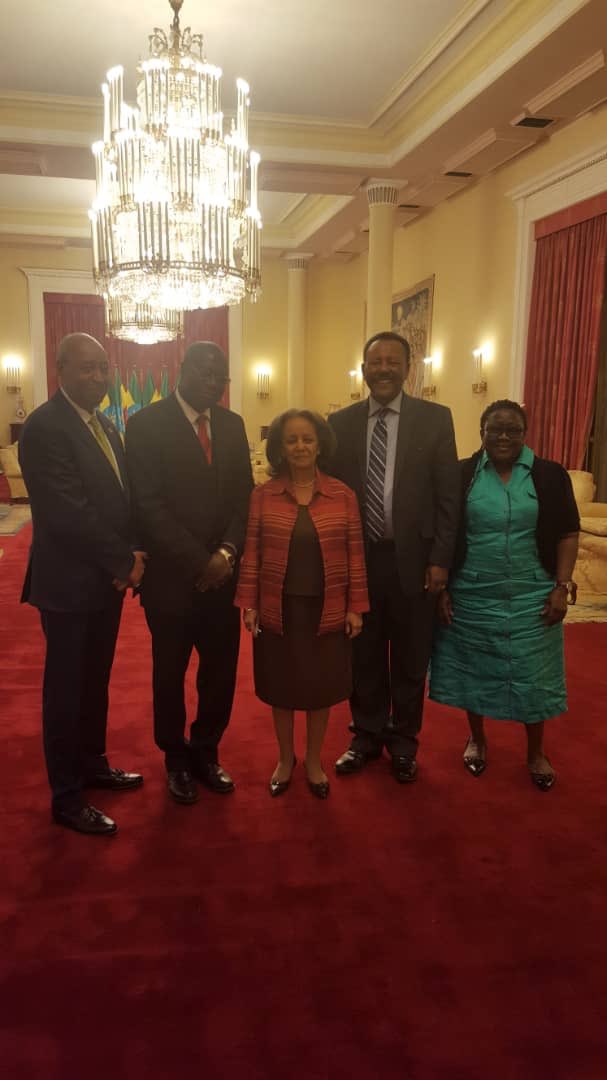 The deputy chairperson went on to state that Ethiopia has been a host and seat of the Organisation of African Unity, now the African Union, for over 50 years. “This is Africa’s diplomatic capital and a symbol of Pan-Africanism. We extend our appreciation to the Federal Democratic Republic of Ethiopia as well as the good people of Ethiopia for their commitment to the AU.”

Princess Mariam Sena Asfaw Wossen, a granddaughter of Emperor Haile Selassie, conveyed the royal family’s gratitude to the African Union, saying, “This historic decision is an illustration of unity of purpose by African leaders.”